Most casual gamblers are thrilled to walk away from a day at a casino with a profit.

Then there are the patrons who seem to have inordinate good luck. They’ll go to multiple ticket redemption units, cashing in thousands of dollars in tickets. Or they’ll wager huge sums on both the over and under in a sporting event and readily accept a small loss.

The War Against Money Laundering

“We’ve been working on it since 2019,” says chief operating officer George DiGrandi. “We wanted to be able to extend what we’re doing, capturing data, tying it to video and helping casinos operate better. And we identified one underserved area, and that was around anti-money laundering compliance.”

That area includes a “potential gap” at the ticket redemption units on casino floors. But to understand what eConnect is doing now, it’s instructive to look at how it became one of the gaming industry’s most sought-after partners for intelligent software solutions.

eConnect’s first interactions with casinos started with food and beverage and its POS Connect technology that addressed inconsistencies in that casino section. Traditionally, DiGrandi explains, surveillance rooms, “if they monitored food and beverage at all,” would do it by poring over hours of video hoping to see something, then reacting once a problem – primarily employee theft – was identified. If an incident looked suspicious, it was investigated.

But eConnect’s innovation, “POS (Point of Sale) Connect, “turned that paradigm upside down,” he says. “We told our customers to not worry about the video, let’s focus on the data. We created a series of metrics , analytics and reports all around the data that would help operators determine where there potentially was fraud, what type of transactions were indicative of fraud or theft.”

Potentially fraudulent transactions were time stamped in the application and linked to the video, allowing casino surveillance teams to identify food and beverage anomalies more quickly, and often for the first time, according to DiGrandi.

“Surveillance operators, they’re looking at the gaming floor, that’s their job,” he says. “Food and beverage wasn’t really a big thing then. But the results were and continue to be unbelievable, how much theft and fraud they uncovered.”

After the POS software took off, eConnect started to look at how casinos could integrate data from ratings, cage, slots, video, and hotel systems. Using its proprietary software that includes “a secret sauce” of algorithms and models, eConnect’s technology streamlines fraud identification. As in its food and beverage technology, the company’s concept is to analyze data first and then look at video, an approach that saves time and better allocates casino resources.

But eConnect’s facial recognition technology can deter such schemes because casinos are able to recognize the bettor, and if necessary, take action.

Cashing multiple TITO tickets for large sums within certain time periods at ticket redemption units also can be an indication of money laundering. In 2009, eConnect identified a potential gap in security at the redemption units and developed software that recognizes potential money laundering patterns. Its facial recognition technology recognizes people who do not use player reward cards to try to stay anonymous.

DiGrandi says that casinos are able to identify a person who has been trying to launder money through TITO tickets, or flag them if they leave and return to the property at a later date.

“We don’t prescribe anything,” DiGrandi notes. “We just suggest that this is something you might want to investigate.”

Most casino patrons realize that they are scanned when entering a casino, and that there are cameras throughout gaming floors. But those deterrents still do not prevent some from trying to defraud gaming operations.

“I would say every day somebody is in a casino trying to beat them for something of value,” DiGrandi says. “Maybe it’s offset betting, maybe it’s an advantage player in blackjack, maybe it’s somebody playing Mississippi Stud trying to look at a hole card to gain an advantage. Maybe it’s a team counting. There’s always activity going on in casinos where people are trying to take advantage of those gaps in surveillance.”

eConnect does not own this content. All credit goes to its rightful owner. This article was originally published by CDC Gaming Reports on August 12, 2022. 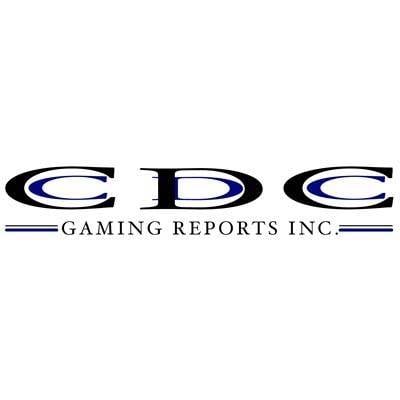 CDC Gaming Reports publishes gaming news, analysis, commentaries and more through three daily, two weekly, five monthly and one quarterly reports, along with From the Floor, a special publication issued from the floor of major industry trade shows, including G2E, SBC Summit, and ICE London. CDC Gaming Reports is North America's largest team covering the gaming industry. Each, over 22,000+ professionals in the gaming industry receive our reports.

Focus on eConnect: Deploying A ‘Tracking System’ For Uncarded Players

How Casinos Can Reduce Security Risks Amid Labor Shortages

Contact eConnect to learn how our security and surveillance systems can help protect your venue. 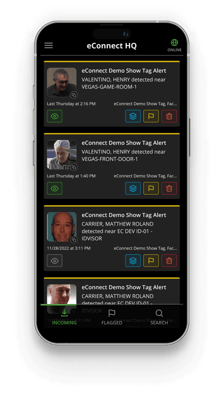