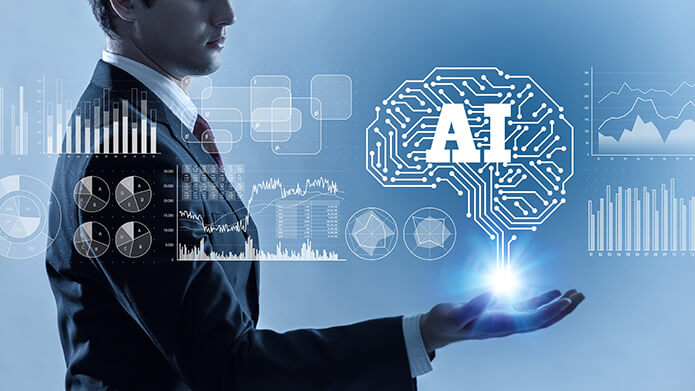 According to a projection from the McKinsey Global Institute, the economic value of Artificial Intelligence will reach US$ 13 Trillion by 2030 – a staggeringly vast quantity of money for a sector of the economy as nascent as this one.

But if this projection comes to pass, it will be no less transformative than those earlier Industrial Revolutions. It will merely be much more concentrated in time.

This said, there appears to remain a considerable amount of misunderstanding surrounding AI, and the news media does not help with their somewhat breathless prose about both the potential benefits and the potential risks of AI.

With so much yet to be determined, the pace and projections for the capability of AI begs several questions…

Much has been made of the promise of Artificial Intelligence and Machine Learning; indeed, for many the two terms have, to all intents and purposes, become interchangeable.

But while there is a considerable amount of overlap between the two terms, they are not actually identical. Indeed, Machine Learning can instead be described as a subset of AI.

Current Artificial Intelligence can best be described as Narrow Artificial Intelligence. That is a role-specific “one trick pony” and, while AI programs can perform their trick extremely well, this does not give them a universal applicability. That means we don’t have to worry about the rise of Skynet just yet.

But in this milieu resides Machine Learning, or “supervised learning”. Here we have a conceptually simple Input to Output model where larger neural networks and larger datasets (the Input) lead to better solutions (the Output).

As far back as 1959, Arthur Samuel defined Machine Learning as giving computers the ability to learn without being explicitly programmed.
These solutions can be extremely valuable to organizations, provided they are utilized in the right situations.

How Can AI Help Today?

AI and Machine Learning can typically help in situations where the following quick rules of thumb applies:

In these situations, the machine learning algorithms can easily be trained on the selected dataset, and then this training can be deployed and tested against other datasets to refine the training and learning models.

When Does AI Not Help?

So What Can AI Do?

Possible applications amenable to this approach are appearing rapidly, especially when it comes to the following precise applications:

There are a number of free facial recognition algorithms on the likes of Git-Hub and many more commercial applications. As compared to how facial recognition used to be done, the modern Machine Learning approach is to use a training set of many thousands to millions of faces so that the computer “learns” to recognize a face.

Here, as we do in a surprising amount of conversations around the field of AI, we tend to run into limitations in the English language. That is because, in English, “facial recognition” can actually mean several things:

While it can be complex and real-world results vary there are certainly situations where facial recognition can work well.

This has long been the self-proclaimed “Holy Grail” of table games departments within the casino industry for sure.
(Although I am somewhat less convinced as to their willingness to actually pay for it, that would be a different discussion.)

With the ability to recognize the location and value of table gaming wagers, whole new avenues in patron relations can be opened – making it essentially unnecessary to spell them all out.

Where the values (and suits, if required) of playing cards can be recognized, and where they are dealt can similarly be known.

All of these capabilities are within the capabilities of modern AI systems using Machine Learning and large datasets to train up algorithms to make predictions about what can be “seen”. Indeed, the field of visual recognition is one of the most exciting field across all AI deployments.

What Else Can AI Do?

Everything that we’ve mentioned to this point has talked about Supervised – or Guided – learning.

A training dataset is provided and, typically, a neural net is allowed to “train” against an image set (assuming it is visual analytics being trained) where the outcome is known.

However, there is another, equally or perhaps even more exciting branch of AI where the learning is not supervised.

In this form of AI, instead of being given a dataset and told what to look for, the AI algorithm is given the dataset and allowed to detect patterns on its own. In this sort of application, it is typically the clustering of data points that is detected – and that is interesting (although, of course, that other AI – Actual Intelligence, from a person – is almost universally needed to determine the overall significance).

This form of AI has advantages, including that it can pick out relationships that are non-obvious to people simply due to the much greater capability of artificial systems to process huge volumes of data and hold it all in memory – something humans cannot do. So compared to Supervised Learning, the Unsupervised sort has the potential to produce something totally new and unexpected.

Looking Forward, With AI In Mind

The growth of AI is going to affect everyone, amateur and professional alike – and the specific challenge for those in the leisure business (and perhaps the Casino business) is “how do we wish to deal with this?”

At eConnect, we advocate the embracing of this technology and exploring what it can do, as well as how it can be deployed to do what machines do best. That way, we can leave the Actual Intelligence of skilled and experienced people to interpret and act upon the results.